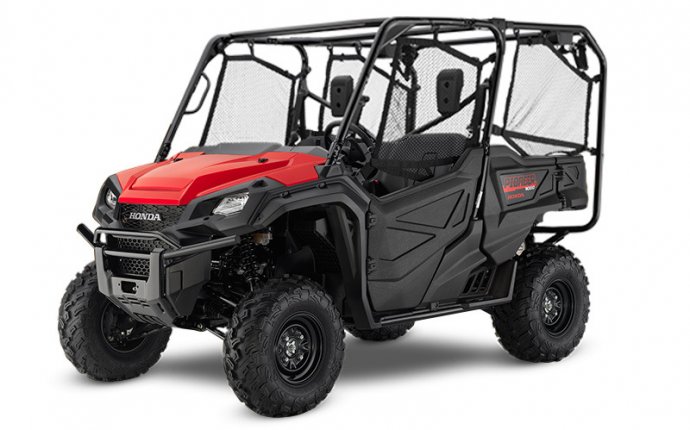 The History of Richards Honda-Yamaha This is a story of one family and their journey in motorcycle history. It spans almost a century and four generations. It’s about “then... and now.”

It started in Elvis Presley’s hometown of Memphis, Tennessee and journeyed down highway 70 (now I-40) to its current home in Little Rock, Arkansas.

In the spring of 1930 a young and ambitious B.W. Barfield of Memphis, Tennessee decided to act on a passion. That passion was motorcycles. However, riding motorcycles was not enough. He had a love for the sport ; an appreciation for the machines, a vision for the future. He wanted a motorcycle shop. So with the blessings of his family, B.W. opened his first dealership in 1930.

The building wasn’t much, neither was his inventory. B.W. had one Harley-Davidson motorcycle on his show room for sale, but that’s where it all began. It was only a matter of time before B.W. had three motorcycle dealerships. His three locations of Memphis, Jackson, Mississippi, and Little Rock where all were eager for a motorcycle shop. All three stores were Harley dealerships.

His two daughters and their husbands helped B.W. run his Memphis store. Despite the prosperous years to follow, B.W. was forced to shut down the Little Rock and Jackson stores when World War II started in 1941. Almost all motorcycle production ceased at this time. The raw materials and the few motorcycles being produced were needed for the war effort.

In early 1946, B.W.’s son-in-law, Dan Richards Sr., re-opened the store in Little Rock at 3925 Asher Avenue. This proved to be a wise decision. Little Rock was starving for a motorcycle store.

Dan Richards Sr. (D.W.) immediately began to make his presence known on and off motorcycles. He raced every chance he could. Flat tracks, enduro’s, you name it, D.W. rode it. He even stood atop the amateur motorcycle world in 1955 by winning the Daytona 100 on the beach in Florida. In the years to come, the Richards name would continue to headline races. Only now it was D.W. and his son, Dan Jr., making the waves at the tracks.

With Honda’s instant success and the continuing sales of Harleys, Richards Cycle Center grew and saw several face-lifts over the ensuing years. A branch store was set up at 19th and University Avenue for a short time. It was called University Honda Center.

In 1964, D.W. was forced to make an decision. He was given an ultimatum by Harley-Davidson to either drop Honda and keep Harley, or drop Harley and keep the Honda motorcycle franchise. D.W. chose to keep Honda. Again, this proved to be another great decision, as many Harley dealerships were forced to shut down in the coming years.

In 1970, D.W. purchased land and began building a 30, 000 square foot store at 6600 S. University Ave. in Little Rock. He had outgrown his Asher location. D.W. showed no signs of slowing up. Neither did his son, Dan Jr. This father/son team built Richards Honda into one of the most respected dealerships in the country. They continually broke sales records.
By 1971 Richards Honda had entered the automobile market. They began selling Honda cars alongside the motorcycles. Both dealerships continued to be family owned and operated. Only now D.W. had added three grandchildren: Rich, Terri and Benny, to his team. After a great run with Honda automobiles, the Richards family sold the automobile franchise on November 12, 1987. The family’s focus then shifted back to it’s “first love, ” motorcycles.

In late 1978, D.W. decided to retire from the motorcycle business. The business would now be in the hands of Dan Jr. Dan didn’t miss a beat. The family increased its fleet with the addition of Yamaha motorcycles and atv’s in 1989. They also branched out the same year by adding Sea-Doo watercraft to the mix.

Today Richards Honda-Yamaha continues to serve Arkansas riders. Now when you come in, Dan Jr. may not be available. But, be assured he has a group of managers ready to take care of you. Sales manager Dan Richards III (Rich) has over 35 years of experience at Richards. Service manager Charles Foster has over 30 years of experience also. Parts manager Benny Richards has over 25 years under his belt. If they are puzzled by a problem, Marty Isaacs’ 30-plus years at Richards qualify him to find the answer.