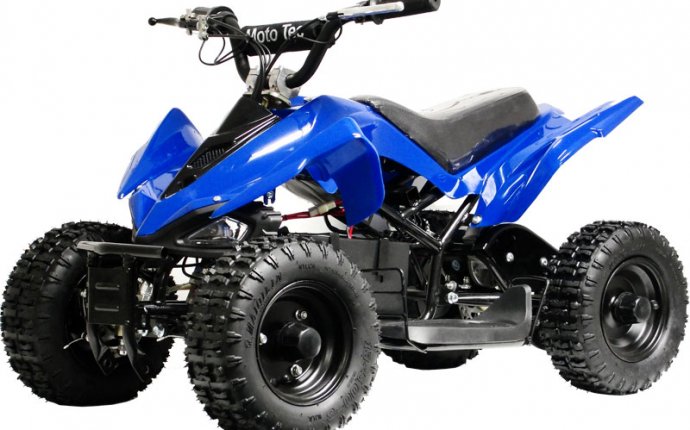 All-terrain vehicles (ATVs) are off-road vehicles for recreational use. In most states, it's legal for older kids and teens to ride them, even without a driver's license. But with the thrills come major safety risks.

ATVs can be unstable and hard to control, particularly at high speeds. Rollovers and collisions happen often, and some of these are fatal. In a nearly 30-year study, experts report that almost 12, 000 people were killed in the United States while riding these vehicles — and 25% were kids younger than 16.

Injuries from riding ATVs are common, too. Between 2001 and 2011, 33% of ATV-related emergency-room visits were in kids younger than 16. As a result, the American Academy of Pediatrics (AAP) discourages kids ages 16 or younger from driving or riding on ATVs.

If you decide to let your child ride an ATV, make sure he or she follows safety precautions and understands how to safely operate the vehicle. While this helps to reduce the risk of injury or death, the only way to truly keep kids safe is to prevent them from riding ATVs.

ATVs are motorized vehicles that are meant to be used off-road or on dirt roads, not on paved roads or highways. They usually have four large balloon-style tires, with a seat in the middle that a rider straddles while steering by the handlebars. There are still some three-wheeler ATVs around, but manufacturers stopped making them in 1988 due to concerns about stability and safety.

Weighing more than 800 pounds, ATVs have large, powerful engines that allow them to reach speeds of 50 mph or more. They have a high center of gravity and no roll bars, safety cages, or seatbelts, meaning they can tip easily, throw riders and passengers off, or even roll over on top of riders. This can cause serious injury or death, usually because of head injuries. Other common injuries include cuts, scrapes, broken collarbones, and broken arms and legs.

Who Can Ride (and Who Shouldn't)

There are no federal regulations or age limits when it comes to riding ATVs. Instead, each state has its own guidelines and laws. Some states require ATV riders to be 16 years old and have a safety certificate. Other states allow kids as young as 10 to ride ATVs as long as they're supervised by an adult with a valid driver's license.

The AAP does not recommend ATV use for children and teens 16 or younger. ATVs can be too large for smaller kids to handle safely, even if it's legal for them to be riding them. Safely operating an ATV requires the driver to make quick decisions, such as speeding up, slowing down, or shifting his or her weight in response to changes in the environment. Kids under 16 are unlikely to be able to make these choices or have the skills to carry them out.

If your child does ride an ATV, make sure you understand and follow the rules of your state. This applies even if your child won't be steering the ATV. Many states don't allow passengers to ride unless the ATV is specifically designed to carry two people.

Kids age 16 and younger should not ride an ATV. To reduce the risk of an accident or injury, anyone riding an ATV should follow these tips before and during riding:

It's important to never do the following while riding an ATV:

ATV riding will always be risky — and because they're fun, many kids and teens will want to try them. There are no guarantees that kids won't get hurt, even with precautions and protective laws in place. But by making sure that riders follow safety precautions and know how to use ATVs safely, parents can do their best to help protect them from being injured./p>