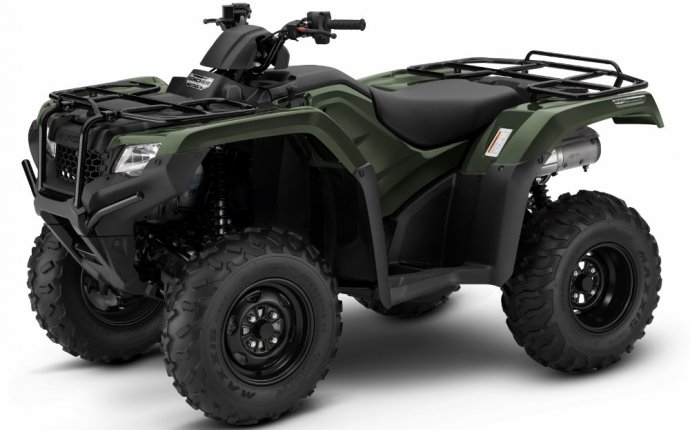 While watching the movie The Martian a few weeks ago, I found myself imagining myself in Matt Damon's situation. Instead of pondering what I would eat and how I'd actually survive, I couldn't get my brain past the idea of having the whole Martian planet to myself to negotiate on my ATV of choice. I'm certain I'd want a machine that was incredibly reliable, one that would be able to work hard, focused on efficiency, and would last for as long as it took for me to get rescued. After spending a few months with the Honda FourTrax Rancher 4x4 Automatic DCT, I think I've found my Martian wheels Now... how I plan to keep it fueled with gasoline hasn't actually been worked out yet. I figure I can work out those details after eating myself into a potato-coma-fueled dream. Truth be told, I'll likely have to rely on a solution from my buddy/ real botonist Dr. Chris Martine, who just so happened to name a plant he discovered in Australia (Solanum watneyi) after the book/film's character Mark Watney ( But, for now, here's the scoop on what we've affectionately nicknamed The Jolly Rancher. The 2016 Honda FourTrax Rancher 4x4 Automatic DCT ATV.

Powering the Rancher is a liquid-cooled, fuel-injected 420cc single cylinder four-stroke engine. The engine is longitudinally mounted, keeping the front and rear driveshafts lined up perfectly with the differentials. This, in turn, makes for a more efficient design that gets a higher percentage of power to the actual wheels rather than losing it through an inefficient design. The fuel injection makes starts a cinch and the throttle response crisp. This engine has a reputation for being one of the most reliable on the planet, whether it be earth or Mars.

The transmission on my test machine was fitted with Honda's excellent DCT(Dual Clutch Transmission) and ESP(Electric Shift Program). This particular transmission can either be shifted automatically in ESP mode via the on-board ECU at targeted shift points, or the pilot can use his left thumb to work the transmission manually. This transmission doesn’t have the “brrr—clunk, clunk, brrr” action and feel of most manual transmissions. Instead, the rider feels and hears “brrr—click—brrr”. In plain English, on upshifts, the automated gear selection is nearly immediate.

From the saddle, this gives the rider nearly instantaneous upshifts. When down shifting, the shifts aren’t as quick or deliberate, which is done purposely to help reduce tire slippage. All of this “clutch talk” sounds complicated, but the design is ingenious, efficient, and actually fairly simple.

All Ranchers feature independent front suspension, with nearly seven inches of travel. The rear suspension on the FourTrax Rancher 4x4 Automatic DCT features a swingarm with a solid rear axle and a single shock. The benefit of the solid rear axle is that the Rancher handles corners like its on rails. The downside is, on really rocky, rooted, or bumpy terrain, the solid rear axle just isn't as comfortable or smooth as their IRS version. With that said, the rear end is essentially indestructible. Our particular machine did not come equipped with EPS(Electric Power Steering). Steering effort is certainly still light, but not nearly as light as if it was equipped with EPS. For an extra $700, you can have the same model with EPS...which is exactly what I would want on Mars because those would actually be tax dollars well spent!

All Ranchers roll on 24” wheels wrapped with very nice Maxxis tires. Handling stopping duties on the FourTrax Rancher 4x4 Automatic DCT are dual hydraulic discs up front with a single cable-actuated mechanical drum in the rear.

Ergonomically, there isn’t much to dislike about the new Rancher. Even with a lanky 6”2” frame, I felt great on the Rancher. Due to its smaller stature, the Rancher gives the pilot the feeling of actually riding the machine, rather than the other way around. Everything is well within reach, gear actuation is fantastic with the thumb shifter, and the seat is very easy to move around on. About the only complaint I can badger Honda about is the very minimal amount of storage space in the rear trunk section. A bottle of water, a granola bar, and a rag to wipe my grungy face was about all we could stuff in there!

I caught up with my good buddy and six-time GNCC pro ATV national champion Chris Borich to help me put the Rancher through the wringer. We took turns swapping machines during our test session at Anthracite Outdoor Adventure Area ( located in the heart of Pennsylvania's coal region and both left very impressed with the little Honda.

Where to Ride ATV in Washington State?

ATV riding in Nha Trang – safari in the wild